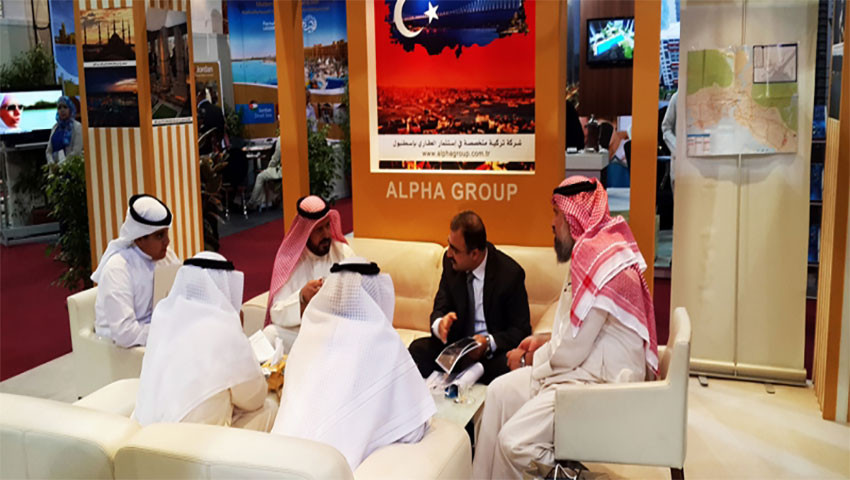 In the first month of 2016, Turkey was still a favourite location for foreign investors despite the terrorist incidents. Advisory firms and financial solution partners serving investors are also hopeful for the rest of the year. The real estate sector, in particular, seems to have survived the temporary recession during the uncertainty created by the elections and appears to be on the offensive end again.

Muhammed Şefik YÖN, Chairman of the Alpha Group, which has been serving foreign investors in the real estate sector in Turkey for 30 years, said: "Turkey has always been a centre of attraction for foreign investors. However, the concern about economic stability previously pushed investors to hold their demand. We can clearly declare on behalf of our institution that this situation has changed in the last 10 years. Especially, we witness the increasing demand for investment by neighbouring countries."

“Housing sales increase by 10% every month”

Yön said that there was an increase of at least 10% in housing sales every month and he continued as follows: "The figures are likely to present an increasing momentum until the end of the year. Moreover, when we privatize as "sales to foreign investors", we see that this increase never drops to below 20%. Alpha Group's works and our results also confirm the general data about the sector. Our country has the diversity and quality to meet all expectations in real estate investment."

Şefik Yön said "Istanbul is a shining metropolis between the Middle East and Europe" and continued, "I am happy to observe that during the period the current government has been in power, great success has been achieved in attracting foreign investors to the country and economic stability has been clearly achieved. Special attention to promotional organizations also has a great role in this."

Turkey maintains its importance and stability

Yön, Chairman of the Alpha Group, stated that the level is constantly rising in housing sales and project demand. Yön continued his words as follows: “Although fluctuations and political chaos seen in the markets from time to time seem to shake economic balances; Turkey maintains its importance and stability. The fact that the government is consistent and nonconformist in economic planning is also very effective in this. Investors from foreign countries, especially Saudi Arabia, Kuwait, Iraq, Egypt, England, Lebanon and Dubai,  find real estate projects in Turkey very innovative and also functional in terms of architectural technique. Although individual and corporate investments are concentrated in Istanbul; Çanakkale, Izmir, Muğla, Antalya and Bursa are also popular cities.”