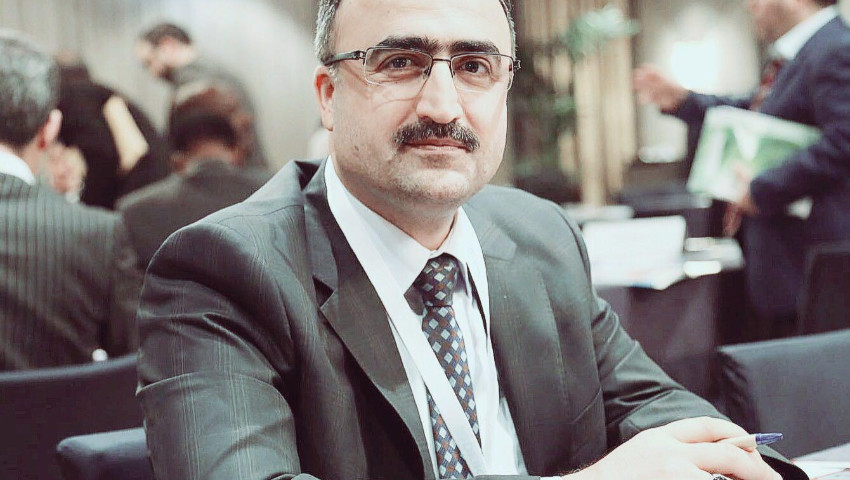 Alpha Group, that has turned its route into engineering fields both at home and abroad starting from 2016 and that currently continues its activities in Africa as well as Asia and Europe, continues its growth in many different sectors. The institution, which is involved in important projects such as New İstanbul Airport, Ankara Hospital, Çamlıca Mosque and Fatih Project, meets the demands in real estate and health tourism sector in 3 continents, especially in countries such as Saudi Arabia, Kuwait, Iraq, Egypt, England, Lebanon and Dubai. According to the information provided, new agreements in the energy sector are hard at hand.

Housing sales to foreign country nationals increased by 62 per cent

According to data published by the Turkish Statistics Institute, housing sales to foreign country nationals increased by 62.5 per cent compared to May of the previous year in Turkey. A total of 3 thousand 925 sales were realized in Turkey and foreigners showed the most interest in houses located in Istanbul. Alpha Group's founder Muhammet Şefik Yön underlined the fact that foreign interest in the real estate sector will further increase in Turkey.

Yön said: "Foreign investors find real estate projects in our country architecturally and technically innovative and functional. As an institution that has been serving foreigners in the field of real estate for more than 13 years, we are carrying out our projects on this axis. 2019 is being a fruitful year in terms of housing sales to foreigners. As a company active on 3 continents and serving with wide coverage from London to Dubai in the real estate sector, we are proud of our projects. Our goal is to expand the coverage of Turkey-based Alpha Group investments from 3 to 7 continents."

Turkey, reported as the owner of the fifth place of the world ranking in the field of health tourism, is said to be in competition with USA, India, Thailand and Germany. According to 2019 data of the Ministry of Health, more than 10 million people travel around the world for medical treatment every year. Health tourism has reached a turnover of 100 billion dollars worldwide. And according to data published by the Turkish Statistics Institute, 551 thousand 748 patients visited Turkey to get treatment in 2018. 66 per cent of these patients were treated in private hospitals and 34 per cent were treated in public hospitals. It was announced that Alpha Group that shifted its investments to health tourism, also provides significant contribution to Turkey's competitiveness in the field of healthcare by cooperating with CSM Medical, which is founded by German doctors, in the field of health tourism.

"We're breaking into the Arab market"

In the statement made, it has been stated that the first goal of the Group that signed contracts with patients in important cities such as Kuwait, Doha, Dubai and Cairo, is to bring in more tourists to Turkey within the scope of health tourism and to ensure that these people regain their health. Turkey aims to increase the number of patients coming to Turkey within the scope of health tourism to 1 million in 2019. Muhammet Şefik Yön said the following about the company's activities in this field: "As Turkey, we believe that we will come to a better place compared to countries with which we compete. We need to better describe ourselves and our services in the existing markets through international cooperations. That's why we collaborated with CMS Medical and spent 20 million euros on this. We're now breaking into the Arab market. We will contribute to our country's target for 2019 with the agreements and projects we have made in important destinations such as Kuwait, Doha, Dubai and Cairo. In the health tourism sector, we also aim to benefit from Germany's technology development in the field of medical devices."

The target is renewable energy

According to the 2019 data of the 21st-century renewable energy policy network, the installed capacity of geothermal energy in Turkey increased by 21 per cent last year compared to the previous year and rose to a thousand and 282 megawatts. Thus, Turkey became the country with the highest capacity increase in the field of geothermal energy in the world with 219 megawatts. Also, in Turkey, according to the data of the Ministry of Energy and Natural Resources, approximately 89 per cent of the electricity generated on June 5 was supplied from domestic and renewable energy sources.

Turkey's efforts in the field of renewable energy increased with each passing day and Alpha Group decided to continue its works in this field. The Group, which will soon sign a cooperation agreement in the fields of different renewable energy fields, especially wind energy, in Africa, China and Turkey, aims to maintain its presence in 3 continents in this sector.

"We will continue to grow and generate employment"

Regarding the Group's vision, Muhammet Şefik Yön said: "Our vision is to expand our brands and presence in the markets we want on 3 continents by 2025. We are increasing our investments not only in real estate, health tourism and energy sector but also in all areas where we are present and active. For Turkey, which has a significant position as the regional trade bridge between Europe and the Middle East, Alpha Group continues to simultaneously exist in 3 continents and produce new projects. Naturally, in this growth process, we generate employment and protect our domestic and national values. It is a great source of pride for us to represent our country in the commercial fields abroad, to value domestic resources and to get these accomplishments with the people of this country."

M. ŞEFİK YÖN: "THE INTEREST OF THE FOREIGNERS IN THE TURKISH REAL ESTATE MARKET CONTINUES"